I haz for Christmas 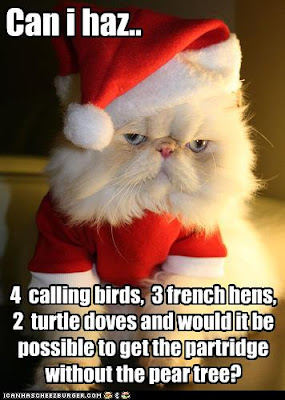 Posted by Damana Madden at 10:25 No comments:

If the Shoe Fits 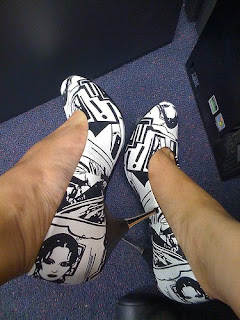 The 12 Shoes of Christmas
Day 1: If the Shoe Fits

This is the first blog post in a series of twelve.

As the end of 2009 approaches, this is surely the time to stop and take it all in. If not now then it will be at a sentimental time in 2010 when I feel all huggy and the vision is a bit blurred.

The title of this post indicates that I will start my reflection of 2009 with a look at what I have had to face about myself. Owning one's flaws, talents and consequences is the most difficult thing to do but nothing will help you grow faster.

Early in the year, I realised that the joy of working at ThoughtWorks was drying up for me. I no longer got the satisfaction I required from work. That was for many reasons. Firstly, jobs with well-known companies often promise the world and then always fall short. Nothing can live up to the expectations you set for them. ThoughtWorks claims to want to change the world but when you get in there, you spend most of your time making more money for already rich investment banks and fighting to build good software in environments that simply won't budge because the momentum of low standards is too hard to resist.

The people at ThoughtWorks were the magic that made each day worth it. Never before and possibly never again, will I get the chance to work with so many brilliant, motivated and insane alphas. Until ThoughtWorks, I did not beleive a team of *all stars* could work well together. I did see it work but it took enormous amounts of ego-wrangling from very talented managers to keep it moving. Don't get me wrong, my mega ego is included in this set.

With big talent comes bloody big egos and I often found myself on a team of people who wanted to direct others to do things and do nothing themselves. My view of software development is more pragmatic and less pure than most of my TW workmates. I would sacrifice some of my ideals if it meant we could get a project delivered. Quality was never one of those ideals to be sacrificed but after a million arguments about gold-plating and the perfect design, I realised that what I think agile software development is and what it eventually became on those teams was not a perfect match. We could spend days discussing things and not build a damn thing. It was a waste of client money and our time. This was the main reason I left ThoughtWorks.

Elitism is the other. There is a famous story inside TW about the Chicago office Away Day. That's the few days the whole office has off together to bond and celebrate their successes. A brilliant idea and one all companies should embrace, in whatever form they can afford. Anyway, the story is that an Away Day t-shirt was printed with the words...

"Just because I'm an elitist doesn't mean you don't suck"

That sums up the attitude of 75% of the ThoughtWorkers I worked with. Smart people who were a little too aware of how awesome they were at their jobs. It made being a consultant hard for them because they felt constantly underappreciated and not listened to. The fact is that people will listen to you not because you are smart but because they trust you. Trust is earned through proof that you can do your job and that you share the same goals as your client. How you get to those goals is negotiable, once you earn that trust.

A lot of people didn't ever get that concept. I once suggest to a junior colleague that he be nice to another team we were working with. My theory was that if you are nice to people then it makes it a lot harder for them to screw you over, since they like you. I meant be genuinely nice. Being fake never works so don't bother. The youngen replied to me with "Damana, that's just evil!"

I'm not perfect. I was convinced a lot of my fellow TWers didn't quite get me. They found me serious and playful; confident and insecure; driven and lazy; friendly and exclusive; and brilliant but totally stupid at times. To be honest, that's me.

I have never learnt more or been pushed harder than when I worked at ThoughtWorks. They made me learn to take feedback - good and bad. The senior management invested so much effort in each employee - pushing us to do more of whatever we did well. They supported Girl Geek Dinners more than any other company and employed more geek girls than any other place I have ever worked (except maybe Fairfax Digital).

The point? I was a ThoughtWorker for two years. That was the best two years of my career so far. It has given me direction and confidence in how good an engineer and consultant I am.

If you ever get to work at a company like ThoughtWorks then don't accept another job. You may end up like me and find you grow in a different direction to it and want to move on but it will change your life, your career and your soul.
Posted by Damana Madden at 08:07 1 comment: 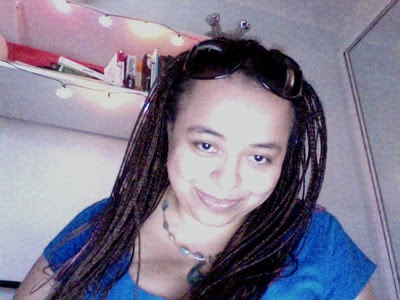 I'm a new soul, making every possible mistake and loving it!
Posted by Damana Madden at 19:48 No comments: 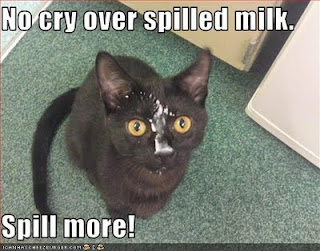 Posted by Damana Madden at 13:05 No comments: 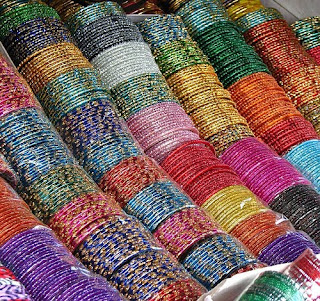 The Bangles got it right when they said "It's just another manic Monday, I wish were Sunday".
We all love weekends. I can't complain about work (at least not at the moment) but I can say that returning after such a long break has resulted in one glowing, neon-signed trigger that kicks my depression in to overdrive and makes me a demon to be around. Or that is how I see it happening... and maybe some other people closer to the bomb.

The weekend comes and goes then I am left feeling refreshed and resilient. The day passes with great productivity and that cherished focus that I have been longing for over the months past. After work, I come home enthusiastic and head for the supermarket to buy food to cook for everyone who will be showing up at the house tonight. Engergised. Powerful. Happy.

Then the crash!!
When it hits around 7:30, it feels like my brain shuts down and refuses to reboot without a blue screen. Then sentences are hard to make. I try to express myself normally but the words I need don't seem to come in to my mind. From there it goes downhill...

When I am in a normal (for Mana) mood, the negative thoughts that enter my mind can be swatted like flies using the tools I've learned through therapy, talking to wise people in my life and reading. These days it is quite hard to get me in to a very negative mood. These moods are usually obviously identified by my tendency to wollow in self-pity.

On Mondays when I've started the day well due to two days of good rest and relaxation, I tend to over-exert myself. This leaves me mentally exhausted and quite unable or unwilling to use the skills I have to fend off negative thoughts. What that means is that I start to fall in to a downward spiral of negativity and self-doubt. I get paranoid that people are going to reject me. It's quite terrifying and brings out the familiar feeling of loneliness that often visits in the down times.
Last night, I lost a very good friend. He can't deal with my moods anymore. Can't blame him. At least I'm more aware that it's happening now, unlike with Giles and Ines.

The only way to fix this is to go to bed as soon as I realise it has started. Unfortunately, that takes a while. It is taking less and less time on each occasion. I make sure I eat something and then find a safe place to sleep.
Next week, my plan is to do nothing on Monday after work. Just sit and relax.
Hopefully, one day Mondays will just be another annoying day and not one that wrecks me.
Posted by Damana Madden at 11:26 No comments: