The most she will do is throw shadows at you 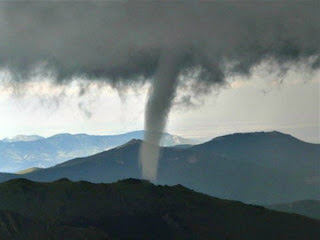 Once there was a mountain. It had always been what it was and would always be.

Mountains do grow and change with the weather, over the ages. Inside, they may be holding an upset tummy of molten rock or just be solid all the way through. Apart from the world breaking open beneath them, nothing phases a mountain. It always has been what it is and will always be.

Once there was a tornado. It had been other things prior to being a tornado and would most likely be something else in the future.

Tornadoes change so often and without warning that it is best to describe what stays most constant about them. There is the air bit. It is tumultuous. It is swirly whirly. It is looking for something but it has no idea what that actually is. It is still looking. Uplifting houses and breaking so permanent roads and throwing stuff around.

Once a tornado met a mountain. A tornado, mid-mix. A mountain, mid-consistency.

This tornado burst on to the scene with the immense energy that only a tornado has. There is no off button. There is no volume button. Buttons are for controlling things. Tornadoes don't have buttons.

The stoic mountain saw the destructive tornado arrive. They both appreciated that the other had amazing talents and latent power inside them. They both saw the merits of the other that would be good habits to adopt themselves. They became friends.

The tornado and the mountain became great friends. They seemed for a while to find a stable middle ground.

The thing with tornadoes is that a stable middle ground seems an anti-pattern and they start to spin faster trying to re-centre until there is little method or control. This scares mountains. They see the destabilisation and plant their feet so as not to be moved by anything but damn time.

The thing is, a tornado will re-centre on their very own if they are given the time. Mountains have nothing but time. The only problem is when a mountain doesn't have the time to wait for the tornado.

Not that tornadoes aren't the problem in the first place.

So two beautiful, natural and wonderful friends lose each other.

They both feel the loss.

The mountain sees the tornado spin and smiles at the beauty of it in full flight.

The tornado sees the mountain as consistent as ever and closes it's eyes and just spins, hoping that it won't always be so painful.

Everything is as it was before. The mountain keeps being the mountain that it always was and always will be. The tornado throws a house at a shopping mall and wonders when it will help. Then the tornado wonders if being a cyclone might be better and sets plans in motion to change.

Email ThisBlogThis!Share to TwitterShare to FacebookShare to Pinterest
Labels: Endings, Friendship, Her, Him, Mountain, Tornado 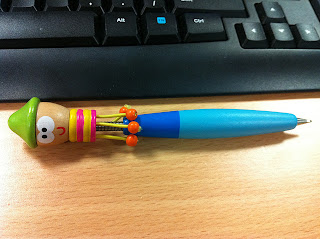 So I keep writing so that it still sounds like me. And I keep sounding like me so I can keep writing.
Posted by Damana Madden at 15:23 1 comment: