Don't listen to a word I say 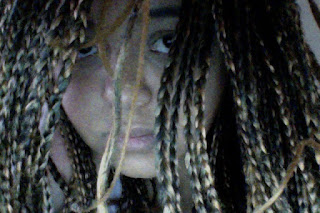 I've been quite good with my New Years resolutions over the past two years so I am stating my next one.This year's was to be mentally stable supported by having a stable job and a stable home. I've smashed that! :)In 2013, I want to live a life with self respect and unwavering respect for those around me - be it friends, work mates or boyfriends.There is a quote that says "Character is who you are when no one is watching."That is driving my new year.
What is your NY's Resolution?
Posted by Damana Madden at 20:28 No comments: 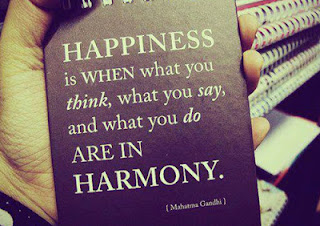 There are so many people who I have interacted with lately who are a whirlpool of inconsistencies. They say one thing. They do another. They think they think but they really just apply logic to their emotional responses.

For all my flaws (and they are vast), I have one thing going for me. I am quite self-aware. Yes, I still do stupid stuff but I have the skills to sit down and work out why I really did what I did. Sometimes it takes seconds, sometimes hours and sometimes years. In the end though, I can attribute my actions or my emerging feelings to real human reasons.

Maybe I fear something so I figuratively hit it with a stick. Sometimes I resist something due to a trigger and it takes me a long time to realise the trigger is something that I've hit before many times. Sometimes I cry and although I think it is out of sadness, it is out of anger or joy or confusion.

Lots of things are lower level. They come from our lizard brain (yes, yes, I know that's not biologically true) but they can be tempered with mindfulness.

Mindfulness is not about controlling your emotions or thoughts of responses. It is about taking in the whole situation and slowing down until you're dodging bullets in a Matrix like fashion. Then you can work out what is what and who is who and why is when. Sometimes, you don't work it out and just ride the wave until it takes you to your destination.

Rather than applying reason where there is none or even the wrong reason to an action and giving someone interacting with you whiplash, take a step back and try to work out why. Most often, it isn't the worst assumption possible that is driving it. Often it is a small thing or a nothing that has blown in to a huge thing.

Sometimes we are just grumpy and it has nothing to do with anything. We just are.

Try to align your thoughts, your words and your actions with their real sources and don't make up are good reason for your bad behaviour.