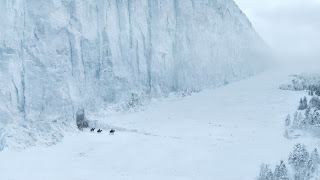 The first reaction to any real pain, is to build walls around yourself. To defend against a known or unknown enemy. It will protect you. It will stop any further attack.

There are other ways to deal with situations that hurt. There are ways that are less inwardly destructive.

It is that you can feel the kick in the stomach and then curl in on yourself and rock until it stops hurting and then never uncrunch because that is the safest way not to take another kick. The other way to deal is to get up again and face what is coming.

I don't quite understand why people are cruel. When I have my moments, they are usually driven by insecurity or past pain. I guess everyone has baggage. People have something about them that they have built a wall around so they will never be hurt again. They have closed themselves off.

Right now, I want to build a wall so high that I don't spend another weekend thinking about the whys and hows and WTFs. However, I don't think that will help.

Let the pain happen. Feel it. Let it register. Grow some scar tissue. Learn and move on.

Don't let that same person who injured you do it again. Never allow them the chance. Build the bloody wall around them.

Let the wonderful trusting person that you are trust again. Maybe the next chance won't kick you in the chest.
Posted by Damana Madden at 20:29

I found your blog because I bought something that looked like grape leaves but was labeled "damana" at Whole Foods and was wondering if for some reason some part of it couldn't be eaten. (I don't know... why wasn't it just called a grape leaf?) Anyway your blog came up in my search in the top 3. I've read two or three posts and you have a great attitude and a lot of wisdom. good going! best, cathryn from brooklyn, NYC.