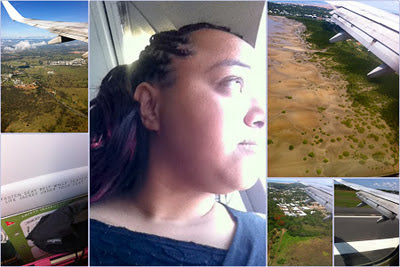 It is a strange numbing sadness that comes to you when you realise that you belong nowhere and there is no person or people that you are joined to in any way.

That could be why I am a nomad. Why I have so many acquaintances but no best friend. The reason I want to be so far from family and friends, where no one knows me.

I don't mind people. I enjoy their company but what I long for is my own place and my own space. Somewhere that I don't have to be diplomatic or ask if what I am doing suits someone else.

There is little to no doubt that I will be a crazy cat lady and I will prefer that.
Posted by Damana Madden at 00:38 No comments:

Email ThisBlogThis!Share to TwitterShare to FacebookShare to Pinterest
Labels: 2011, Thoughts 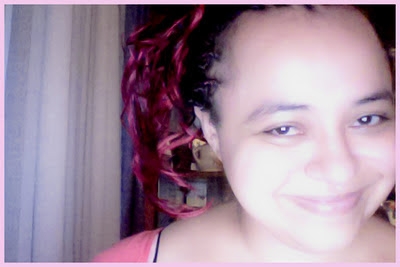 I shan't ever look for you again in my dreams.
Posted by Damana Madden at 01:06 No comments: 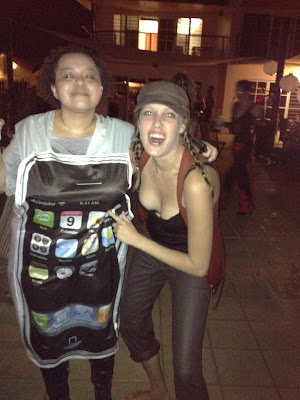 My friend Jen Coombes introduced me to the idea of the Friend Portfolio. She is the greatest friend thief I will ever know and the best inspiration. She taught me that if you mesh with someone then just let it happen. Don't fight friendship. Don't try to force it. Let it happen and forget the rules and regulations.

I was at a Halloween party recently for a recently made friend, with my girls Olga and Elmo. I was busy in the kitchen dressed as an iPhone making my famous margaritas when I ranted about how friends betray you. The friends that you surround yourself with and the amazing people around you say more for who you are than any constructed identity or brand. They are the definition of who you are.

The girl with the strong Italian accent asked "where are you friends tonight?" and I pause and then answered "They are the two fully clothed girls who are swimming in the pool and attracting all the male attention".
Posted by Damana Madden at 17:35 No comments: 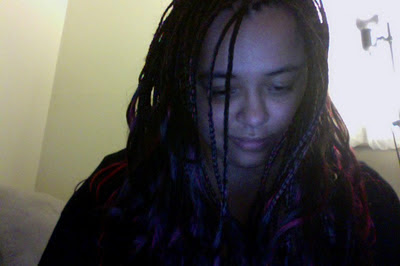 Once there was a song that defined me... at least for a moment in my life. It is a song by Nine Inch Nails that was covered by Johnny Cash. Cash did the more powerful version. Some of you already know that the song is Hurt.

I wasn't an emo in that I cut myself . I wasn't an X-aholic that took substances to numb the pain or raise my mood. I wasn't going out and looking for fights.

No, I went out and looked for the worst people I could find. I wanted them to disappoint me and confirm that the world sucked. To reinforce that all those who breathe were going to let me down, like others had.

Today is different. I don't hurt myself today to see if I still breathe. I am aware that I breathe. Aware that I am alive and wonderful. That is a big thing. I don't want to be disappointed anymore. There is no validation in finding that and absolutely none in seeking it. People are people... flawed and wonderful.

There shall only be hurt when there is hurt. It will not be something I seek. Disappointment will not console me. There will be more. There is. Those people who validated my world view before are not allowed to anymore. They can be who they are but they won't make me believe the world is bad.

My positive self is here. It will not be bad. Life is good. Let it be so. Believe only that.

Form me a habit 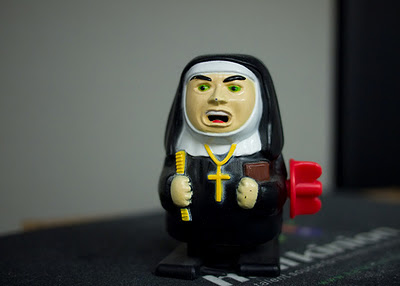 It takes six weeks to form a habit. Yes, six weeks. Forty two days. Then you can keep doing it because it is part of your life. To not do it would feel uncomfortable.

If people would accept more that they are not as in control of what they do as they consciously believe they are, then maybe they would honour the instincts and intrinsically driven reactions to stimulus that we have.

It is actually ok not to fully understand what you do. If it causes problems in your life then yes, maybe you should work out what triggers you and drives you. Otherwise, it's ok to do something or like something or be something because it feels ok to do so.

We spend so much time trying to match patterns. It is what humans do. The thing is that we do things that feel good and that positive reinforcement causes us to do it again and again until it is habit. Then there are things we do that don't feel good but are good for us. Do it over and over again and you will start to like it.

Cause and effect are often quite bi-directional. It is like happiness causing a smile and the newly discovered effect of a smile causing happiness. If you have a bad moment and smile then you will feel better. Don't believe me? Try it. You feel stupid at first and then even the feeling silly will make you smile.

If you are going to form a habit then choose something good for you that doesn't feel so great all the time. Commit to six weeks and it will be who you are or at least part of you.

You and me baby ain't nothing but mammals...
Posted by Damana Madden at 01:33 No comments:

What do we want?

Posted by Damana Madden at 22:10 No comments:

Necessity is the mother of all invention and that doesn't just go for inventing things you can touch. It applies to all ideas.

Human beings are resourceful creatures who spawned from primordial ooze and morphed to omnivores with warm blooded adaptable bodies; stood up on only two paws and used an opposable thumb to strike flint to make fire; and then finally built industries and cities that crumble under their own over-consuming cyclical debaucherous weight.

Each time we boom, we bust. 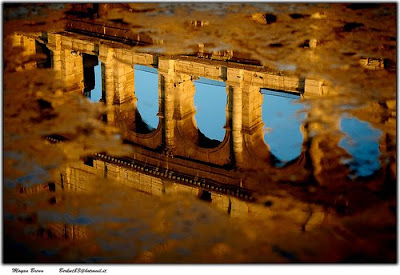 Each time we build, we crumble. 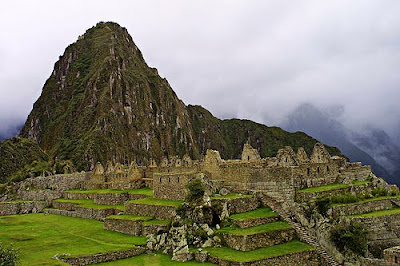 Each time we make, we break.

Each time we prosper, we fail.

What makes us the dominant species for the foreseeable future is that each time we learn. We keep learning. Although our primal drives satisfy our lizard brains, we keep alive the great ape in us. That part that says "make this system better".

The city of Chicago renews it's garbage collection contracts about every decade, along with other city wide contracts that are held jointly by the public and the private sectors. 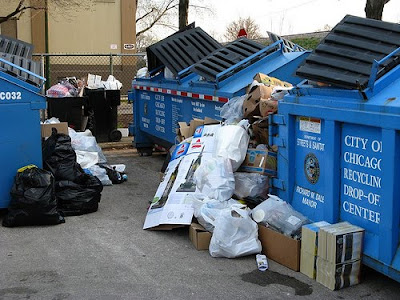 Each time the contract goes up for grabs and during the lifetime of this committment (which spans multiple mayoral terms) the private sector is judged against and compared to the public sector to see who does the job at a better price and simply who does the job better.

Often once a big contract is won, prices go up or quality goes down. After all, government pockets are bottomless, right?

When these contracts have gone up for grabs in the city of Chicago between 1979 and 1994, The Economist states that "the private sector won 34 contracts while the public sector won 22."

What a simple and effective way to privatise yet keep quality and price in check. It even fairly applies those same constraints that private companies must operate under to fat cat public servants.

There is probably a lack of perfection in this way too but I like the transparency and constant reappraisal. The fact that providers of a service can thrive if they should or fail if they should seems right. The fact that privatisation makes sense in some decades and not in others might be reason enough to try this shared responsibility via managed competition.
Posted by Damana Madden at 20:35 No comments: 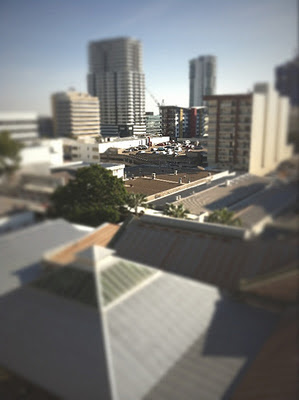 My recent denouncement and departure from Darwin was preceded 48 hours earlier by the travel book publisher Lonely Planet recommending the city in the top ten cities in the world to see for 2011.

It spoke of a bustling nightlife; access to an ancient culture and pristine wilderness; and of a city with energy and oomph. Maybe not those exact words but that was the gist of it.

I don't want to sound like my hipster friend Cathie but I liked Darwin before it was cool. 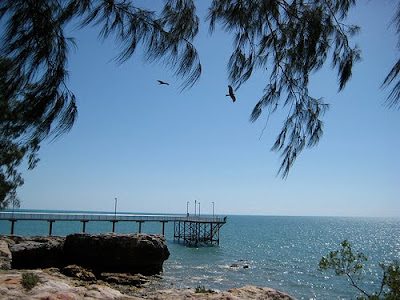 It isn't though. With all feedback, you must take it as input in to your system and weight it with what drove the source to say it, or in this case rank it.

Lonely Planet was the travel book of choice when I was a crumpled, life-in-a-backpack traveling twenty something. It was for those moments when I took a break in my life and on a budget travelled the world in search of people to drink with and adventures to have.

There is no shame in that. Lonely Planet was my $50 travel guide as I saw places I had read of in books or googled while cheating at pub quizzes. It took me beyond the Eiffel Tower and to a lovely wine and cheese stall that allowed me to buy a bottle and some milk products and gaze upon that industrial marvel from a nearby park, while others sweated and stood in a line to be sheared at the top of the lift of the tower, all the while being unable to see the forest for the tourists.

Lonely Planet led me down thousand year old streets to restaurants in dark dodgy parts of town where I was welcomed joyfully and replied in broken language, only to discover the waiter was from Melbourne.

Lonely Planet took me to vending machines that sold beer, ice cream and used school girls knickers and on to restaurants that displayed lacquered food while serving fresh minky on dried seaweed.

Lonely Planet took me everywhere, made me feel safe, slept in bed bug ridden sheets, sat next to me while I was kissed in Paris, was a pillow on trains across the worlds greatest mountain ranges and even silenced a very annoying Irish backpacker when I needed to sleep.

So when my home town is named as a top ten city to see, I may still agree with Paul Keating and say "The best view of Darwin is from 40,000 feet in the air on your way to Paris" but that is my 35 year old self speaking. 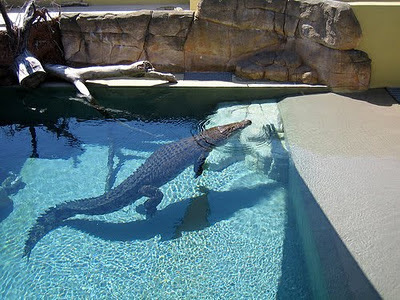 There is a reason for the youthful traveller with their unkempt hair and non-Veuve budget to come here. It will give them stories, experiences, tales, memories and heartache for places that are so different to what we grew up with that we take a breath as we survey them and hope that our mum will wire us some money when we blow our last money on a cold local beer.
Posted by Damana Madden at 21:04 No comments: