I can hear them talking in the real world 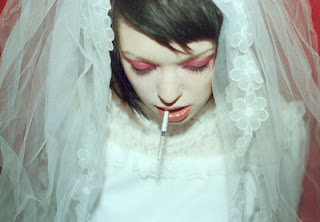 When I used to hear the word "recovery", I thought of heroin addicts and eating disorders. Rehab is glamorous because if the rich are famous are doing it then it must be cool. In reality, as with all reality, it is hard and takes a long damn time. It is a process of escaping a weight that holds you down. People speak of their demons but until you have met your own, you can not truly understand the horrors that you own mind can create.

I always update you on my recovery and give you a number that represents my position on the positive number line towards better. That number is a percentage. It is a slight guesstimate and is based on a vibe... be it an educated vibe. After all, who knows me better than me?

Now that my friends is a brilliant question that we should all ask ourselves.

Who knows me better than I know myself?

In my case, answering that question last night helped me escape a dark bottomless pit of despair and self-loathing. It is funny that sometimes admitting that we are not as self-aware as we believe ourselves to be can be a freeing idea. A liberation from the punishment of believing that we could have done that better or controlled ourselves in a better way. If we see that some days we are just reactionary lizard brained fools who respond to stimulus then maybe we can forgive ourselves for our mistakes. At best, even learn from them.

There are several people who know me well. I can count them on one hand. Assuming the hand belongs to someone with the normal number of digits who has not been in any chopping accidents. Axioms aside. I spent most of my adult life so far with my ex-husband. He is a smart man and one who knows very well how to push my buttons. Usually, that meant we could cheer each other up or show the required empathy. Not once did I imagine he would turn that all around on me and treat me as he had others who crossed him.

He left. You all know the story. Damana wasn't kind enough or loving enough or self-sacrificing enough so Giles walked out. It happens. People break up all the time. A few of my friends are almost considered professionals at it :o) Thing is, he knew how to push my buttons. Since I moved on and dated other people and learned to enjoy my life, he has popped up now and then to remind me that he still knows me, controls me and ultimately owns me.

Yesterday, he joined Thoughtworks. As you all know, I loved working at Thoughtworks. It was heartbreaking to see them agree to hire the man who terrorised me for the last two years of our marriage and broke me down until I nearly took my own life. I figure for them it is a matter of money and hiring people who can make it for them. He'll do that.

I knew why he chose to work there of all the places in Sydney. He always laughed at Thoughtworkers and called them people-pleasing puppies who could talk technical but had no "real knowledge'. Whatever. I had respect for my colleagues. Why he's joined a group he referred to as a cult now, is something only he can explain.

Last night, I cried. It hurt to the point that I was physically numb due to overwhelming sadness. I played volleyball and then came home and rocked in the fetal position. Then I asked myself "Is this me? Who knows me the best? Dammit! It's me." He may have been able to push down and control the old Damana who thought love was pain and that all the things he told me about myself were true but he can't push this one around.

With that one thought, every bit of numbness and then pain left my soul. He can hurt me. It will pass. I will be stronger and happy again. He will still be him. That is punishment enough.

All in all, I was feeling pretty rubbish for around 4 hours. Then I recovered and I feel more motivated to be me. After all, I'd suck at being anyone else. Accept Angelina Jolie. If I was reborn as her then I'd be awesome. Off topic again. Focus.

Where am I now?

Thanks for all the support. You have been on this journey with me. I hope I have or will help you as much as you have helped me.

Ladies, never wait to be saved 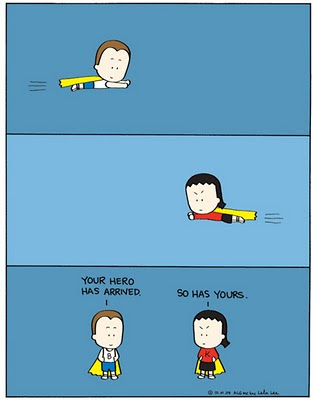 Posted by Damana Madden at 14:07 No comments: 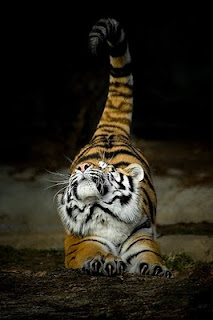 I heard a quote the other day about strength being the ability to hide things well.

What a load of rubbish. That person has obviously never been strong on the inside.

Inner strength is actually feeling stable and self-reliant. You aren't hiding or faking anything because you really feel like that. The world shaking a little doesn't knock you over.

How do I know? Because I'm feeling strong again and I'm not hiding anything.
Posted by Damana Madden at 15:37 No comments:

No, it didn't work

People told me "Damana, in a year or so you will look back on your time with Giles and remember the good times but you would have moved on. You will see it as a good thing."
It's more than a year now. I try not to calculate exactly the number of days. He felt out of love with me two years before he even left. That was 5 months after we were married. He was the one who wanted to get married.
So he's off now with his new girlfriend called Nadia, who looks like a lovely person. Someone I would even be friends with. She's thin. Flat stomach. Straight hair. White. Not anything like me.
I know that if someone doesn't love you then you are better off without them but I don't feel better off. I still feel heartbroken. I still feel devastated. I still cry myself to sleep. I still hope he thinks of me at all.
This has to end, right? It can't be this way forever. I don't want to feel like this anymore.
Posted by Damana Madden at 15:00 3 comments:

Email ThisBlogThis!Share to TwitterShare to FacebookShare to Pinterest
Labels: Giles 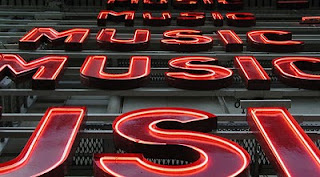 The music I listened to through March 2010...
Hey, Soul Sister by Train
Fallin' by Alicia Keys
Life by Des'ree
Good Luck by Basement Jaxx & Lisa Kekaula
Syrup & Honey by Duffy
Blah Blah Blah (feat. 3OH!3) by Ke$ha
Replay by Iyaz
Tik Tok by Ke$ha
Happy People by R. Kelly
Pursuit of Happiness (Nightmare) [feat. MGMT & Ratatat] by Kid Cudi
Feeling Good by Muse
Que Sera Sera (Whatever Will Be, Will Be) by Sly & The Family Stone
Bad Things by Jace Everett
Dreams by Gabrielle
Fireflies by Owl City
Have a Little Faith in Me by John Hiatt
Hot N Cold by Katy Perry
Little Lion Man by Mumford & Sons
Love Song by Sara Bareilles
Superman (It's Not Easy) by Five for Fighting
You Give Me Something by James Morrison
You're Beautiful by James Blunt
99 Red Balloons by Nena
Posted by Damana Madden at 23:00 No comments:

On Twitter, there is a favourite button that lets you mark something with a star to show that it was a favourite tweet that you really liked/enjoyed/loved. At least that is what people are telling me now.

The best thing about Twitter is that it is whatever you make it. Use it however you want.
Posted by Damana Madden at 22:00 No comments: