When I told people that Giles and I were moving to Sydney, a few told us we'd be mugged or murdered or stabbed or run down by cars or all of these lovely life events. We were told that big cities are great places for crazy people to hide. Especially Sydney with its pollution and tolls and "alternative" ways. It had me worried for a while.

I now have a position on this, having lived in inner city Sydney for a whopping 8 weeks.

People defend their choices by attacking yours.

The interesting thing is that I was told similar things about moving to Braddon, which is a 10 min walk from Civic (Canberra's city centre). Yes, you laugh now but at the time people told me very similar things. "Inner city living is rough", "You can't walk home after dark without being killed at least twice" and "Watch out for that area. Oh, at least you are living in the nice part of Braddon".

These things used to scare me but fortunately didn't deter me. Living in Braddon was the best move I ever made in Canberra. It was stumbling distance from all the city entertainment and happenings, muggings==0, people found it easy to visit me (which wasn't the case in Narrabundah) and everyone made it to my parties! I never had any reason to drink drive. Directions were easy to give and follow. AND very importantly, inner city people were friendly and never knifed me even when I walked slowly down the footpaths home at night, after dark on the bad side of Braddon.

Funnily enough, Sydney is working out well too. My advice to those people who have to give their opinions on other people's life choices, just say "What a great choice! I know you'll love it." If I do get mugged, send me flowers. Unkind words should be saved for Howard sympathisers and your own blog postings. 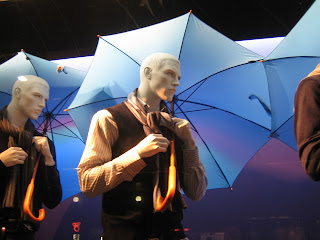