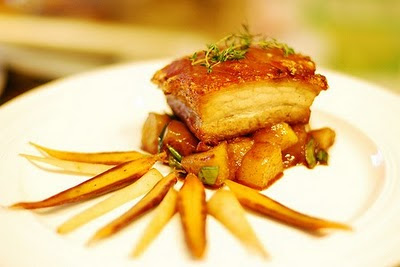 My friend Megan always tells me that when someone says something unkind to you that hurts you, you should always ask yourself why they are saying it. She says this in a sophisticated Scottish accent and always sounds wise.

Truth is that the truth itself can be delivered in a way that does not destroy a person's self image. I have heard people say "there is no positive criticism" but I do not agree with that. There is always something you can learn from criticism. Even if all you learn is that the person giving it is not a nice person.

On Boxing Day last year, I ran in to an old school... acquaintance. Can't say this person was a friend but we got to talking and became friends. There has been two decades between when we initially met and when we met again as adults. In that time, we have traversed very different paths. There is no chance that our lives would ever cross, except for pure chance. When you least expect or even need it, Chance will kick you in the bum.

From the day I can recall recalling anything, I was taught not to judge people. That people are all created equally and that even if you do not agree or understand a point of view, the person expressing it has a right to have it.

As in all theory, there is the painful reality that takes that theory and body slams it to the ground and then jumps in its minivan and backs over it repeatedly.

The mistake I made in my understanding of what I was told was that I thought this meant that everybody was like me. That I should expect from others, the same consideration and decency that I display in my day-to-day life.

Oh deary, what a shock it has been to find that the world is not full of well-meaning Damanas!

The two months since that Boxing Day my newest friend exposed me to what I can only describe as the Underbelly of Darwin life. There are people who spend most of their measly income on drugs and drink. Muscle men who inject illegal steroids through needles with gauges that I've only seen in cartoons. Women who beat other women. Men who were obviously bullied at school and go out almost every night in the hopes of drawing blood or putting someone in hospital. People doing drugs like speed at work. Strippers, enforcers, teenage single mothers to fathers who could be their fathers. Incestuous groups of friends who are confusing the gene pool. Domestic abuse. Oh, so many other disturbing things.

I have been told over and over by such people that I'm a boring person with an office job. I have no edge. I have no street smarts and that makes me dumb. If computers were turned off, I'd die and they would survive because they run this world. That there is nothing smart about spending time finishing school or studying at university. That life is about hardship and looking after number one. Oh, so many other disturbing things.

In the last few weeks, I have stepped away from this world that I am glimpsing through mostly fist covered eyes. I've seen the basic survival of these people. Their inability to want any more than what they have and to be at an uneasy peace with that. The constant raging torrent of anger and hate that thrashes through them. The way they constantly judge everyone they see around them, as if trying to find some reason they are better... some reason why their lives are ok.

If this is the real world, then I like my boring, safe, predictable world where no one wants to "smash me" and I'm not constantly freaking out about seeing police cars. My boring vanilla world where people have common courtesy and are civil to each other, not because they are forced to but because they are mostly happy with life and don't see the need to be angry.

Why am I writing this? Maybe because I am not that street smart. I never knew this world existed. Truth is, I don't much care for it. I'm happy for it to be an underbelly. I personally prefer a slow cooked pork belly served with apples poached in champagne.
Posted by Damana Madden at 07:10

It might just be the area and lifestyle. I think you are fine and definitely not boring.

If anything you have more self control than they do. Street smarts is learning that being on the streets isn't smart and trying to get off it.

street smarts are not just about knowing all the streets but getting to the one you want to be on.
It sounds like you have gotten yourself to where you want and need to be, and as long as we keep in mind our privlage at being balanced enough to be truly street smart, its all good.
Congrats, from another "boring" person! x

PS my word verification was FUNSOB.
love it!