Luckily, I arrived in India just at the right time to join the annual ThoughtWorks India Away Day. It has now become tradition (this is the 2nd year) for some members of the Bangalore office to put on a skit. Not all of it made sense to me because there were TW jokes and lots of Bollywood references but it was hilarious and entertaining.

The cricket match you'll see in slow motion in the video below was a battle over a young woman. I had no idea how important cricket is over here. Australians have nothing on these guys :) 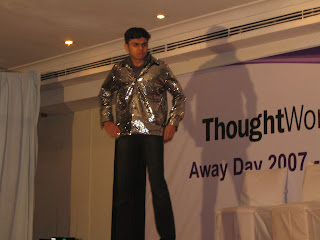 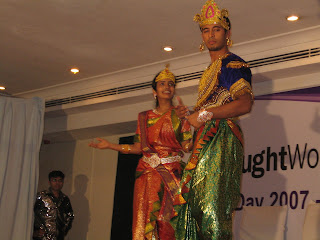 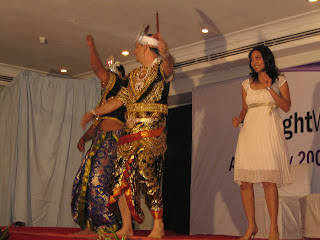 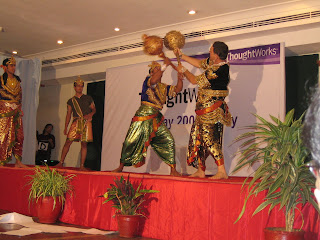 Slow motion replay of a run-out


A Bollywood romance
Posted by Damana Madden at 19:00

Email ThisBlogThis!Share to TwitterShare to FacebookShare to Pinterest
Labels: India