After a delish Indian breakfast, we continued on to Ooty. The first major town we passed through was Mysore, which is 130km south-west of Bangalore. It is the second biggest town in Kanartaka. My tour guides told me that Mysore is a great example of what Bangalore was before the IT boom - the traffic is not as insane but still crazy; there is less pollution; and the people are not rushing around as much.

The highlight has to be Mysore Palace which was rebuilt in 1912, replacing an earlier palace that burnt down in 1897. The palace has been the home to the Maharaja's of the Kingdom of Mysore. You can go in to and around the grounds and buildings of the palace but cameras are not allowed in. Every Sunday and during a festival named Dussehra, the palace is lit up with 96 000 (yes, that is ninety six thousand) light bulbs. This was something I was lucky to see on the rainy night return trip from Ooty to Bangalore, via the pretty palace. 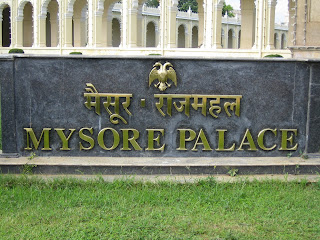 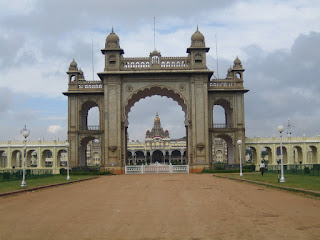 Mysore Palace during the day 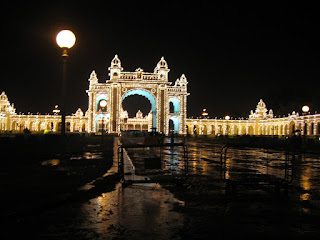 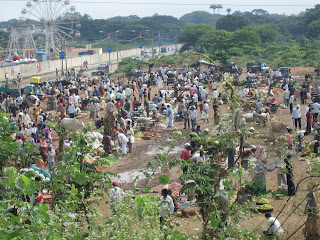 An outdoor market on the outskirts of Mysore

Email ThisBlogThis!Share to TwitterShare to FacebookShare to Pinterest
Labels: India